This past spring CSSC had the pleasure of hosting UC Berkeley professor Eric Stanley for their talk, “Becoming Ungovernable: Trans Life Against the State,” and conversation with Dr. Jemma DeCristo.

While surveillance technologies proliferate, Tourmaline’s 2017 film “The Personal Things” explores Miss Major’s escape from the lockdown of state recognition. Along with Major’s theorization, this paper thinks with the double bind of trans/queer youth of color that the state deems “ungovernable”. This structuring antagonism might find these young people captured by the totalizing violence that is youth jail, while it also names a tactic of getting free. Following them, it is the collectivizing of these practices that grows an alternative to democracy and its mandates of legibility. These commitments to an errant life—gender fugitives on the run from classical recognition by way of provoking an encounter with unintelligibility—illustrates the fierce strategies necessary for becoming, as Denise Ferreira da Silva suggests, a “nobody against the state.”

Eric A. Stanley is an assistant professor in the Department of Gender and Women’s Studies at the University of California, Berkeley. They are the author of Atmospheres of Violence: Structuring Antagonism and the Trans/Queer Ungovernable (forthcoming Duke UP) and the coeditor of Trap Door: Trans Cultural Production and the Politics of Visibility and Captive Genders: Trans Embodiment and the Prison Industrial Complex

Jemma DeCristo is an assistant professor in American Studies at University of California, Davis. Her current book project, Blackness and the Writing of Sound in Modernity, tracks and imagines a legacy of black sonic experimentation, in artists ranging from Bessie Smith to Roscoe Mitchell, that emerges out of black music’s refusal and dissemblance of technological modernity’s legacies of embodiment and capture

This past Spring CSSC had the pleasure of hosting Ramzi Fawaz’s talk, Queer Love on Barbary Lane: The Sexual Politics of Serial Gay Fiction in Armistead Maupin’s Tales of the City.

If you would like to watch a recording of the talk, please email cssc@berkeley.edu.

Below is a description of the talk:

In this talk, I analyze the content and reading experience of Armistead Maupin’s Tales of the
City, the most popular serialized gay fiction of the 1970s, which appeared in daily installments
in the San Francisco Chronicle between 1976-1983. I argue that the serialized rhythm of the
narrative—which followed the social and sexual misadventures of a cadre of queer friends in
San Francisco’s Nob Hill neighborhood—modeled gay liberation’s conception of “coming out of
the closet” about one’s sexuality as a process that unfolds over time through repeated
encounters with new erotic possibilities. I draw upon interviews I conducted with actual San
Francisco readers of Maupin’s original text alongside close analysis of the rhetorical and literary
modes of address that Maupin deployed to make “coming out” a widely accessible form for
articulating one’s sexual and social desires, regardless of one’s specific sexual identity. I show
the story’s unfolding narrative about 1970s queer social life and the actual experience of
reading it daily alongside other San Francisco residents helped disseminate the radical sexual
politics of gay liberation to both gay and straight audiences alike.

Ramzi Fawaz is associate professor of English at the University of Wisconsin, Madison. He is the
author of The New Mutants: Superheroes and the Radical Imagination of American Comics (NYU
Press, 2016).  His work has been published in numerous journals including American
Literature, GLQ, Feminist Studies, Callaloo, and PMLA. With Darieck Scott he co-edited a special
issue of American Literature titled “Queer About Comics,” which won the 2019 best special
issue of the year award from the Council of Editors of Learned Journals. His new book Queer
Forms explores the aesthetic and imaginative influence that movements for women’s and gay
liberation had on U.S.-American popular culture in the 1970s and after. Queer Forms will be
published by NYU Press.

On Tuesday 10/27, CSSC had the pleasure of hosting a conversation between Rojas and Alisa Bierria. Scroll through for more information regarding our guests and the talk!

Alisa Bierria is an assistant professor of African American Studies in the Department of Ethnic Studies at the University of California, Riverside. She is also a co-founder of Survived & Punished, a national organization that challenges the criminalization of survivors of domestic and sexual violence. Cosponsored by the Department of Gender and Women’s Studies 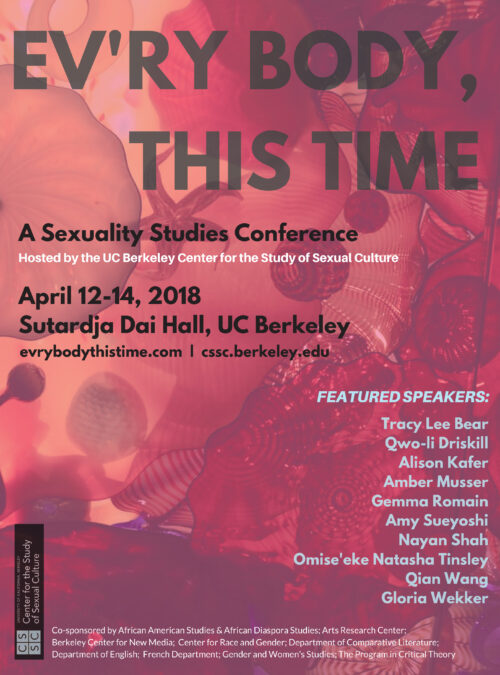 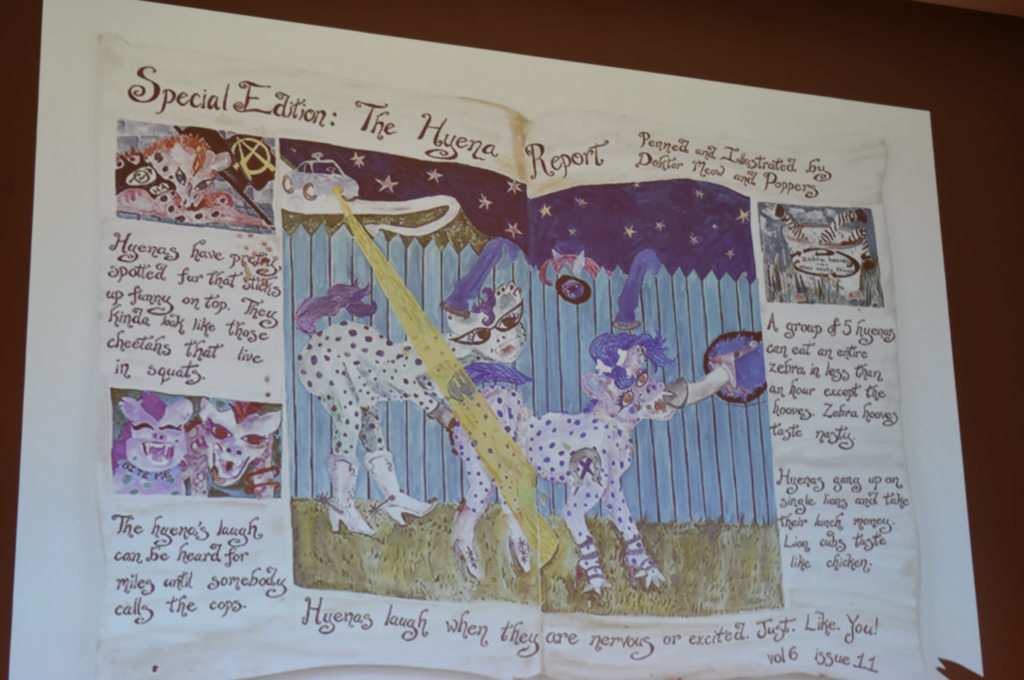 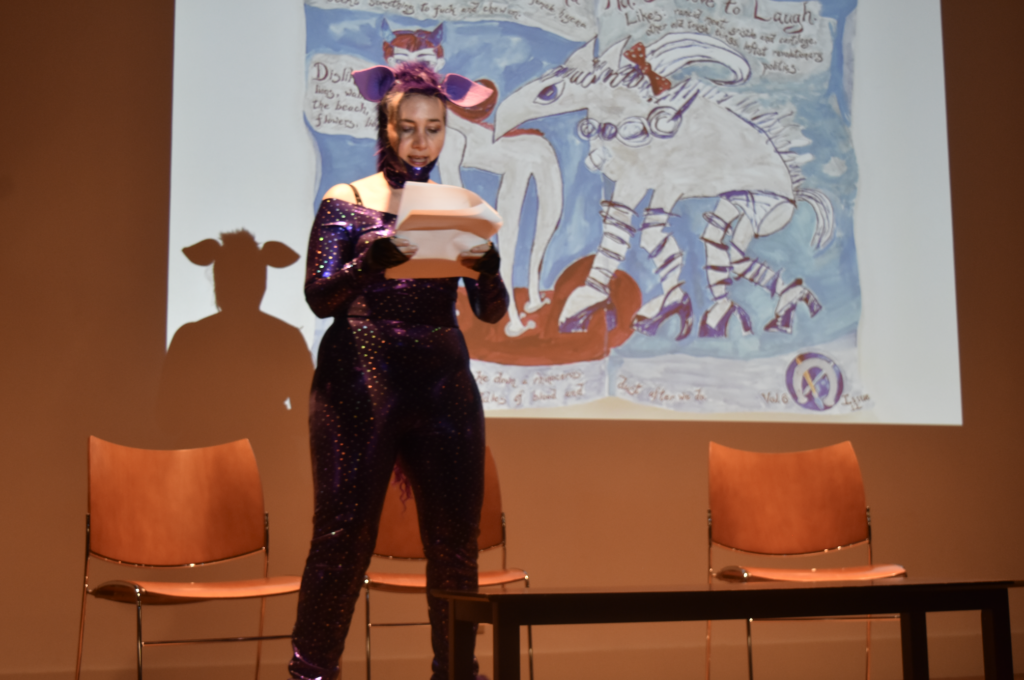 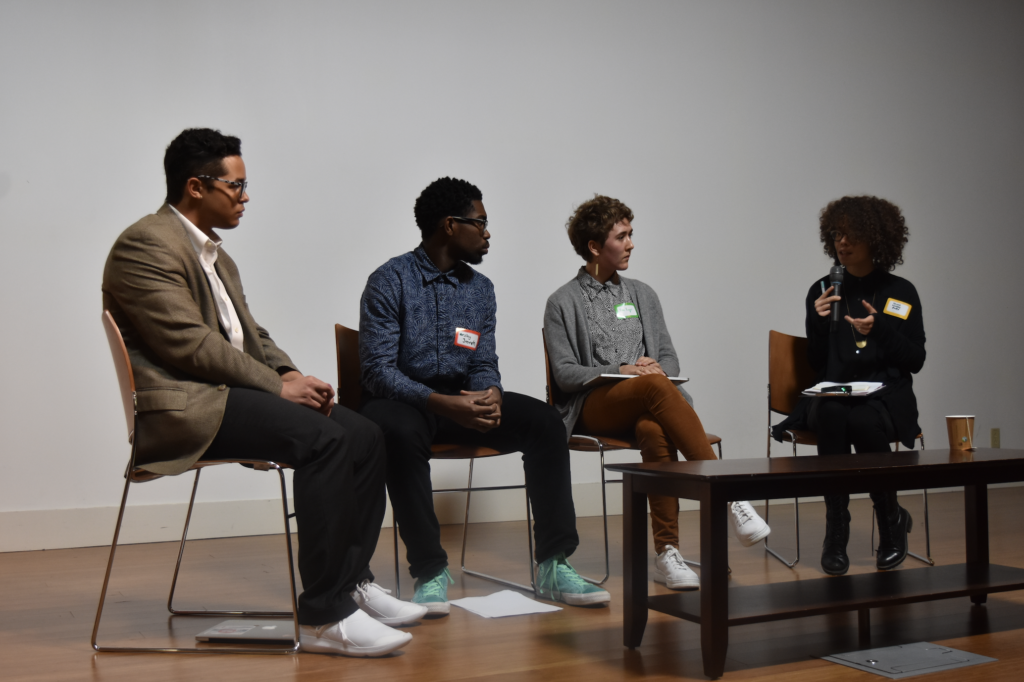 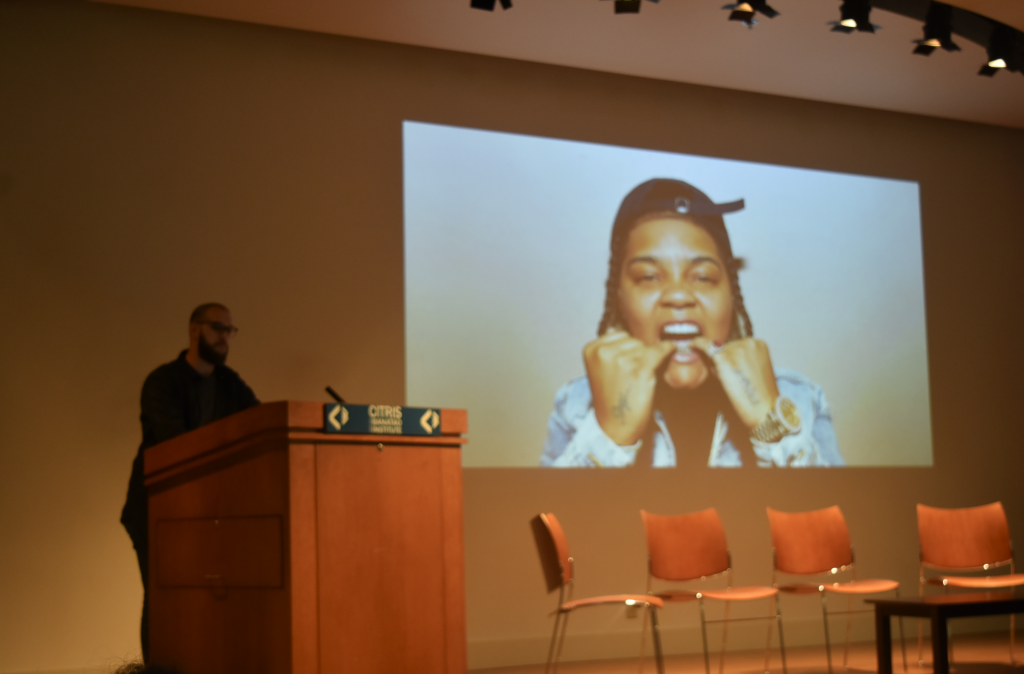 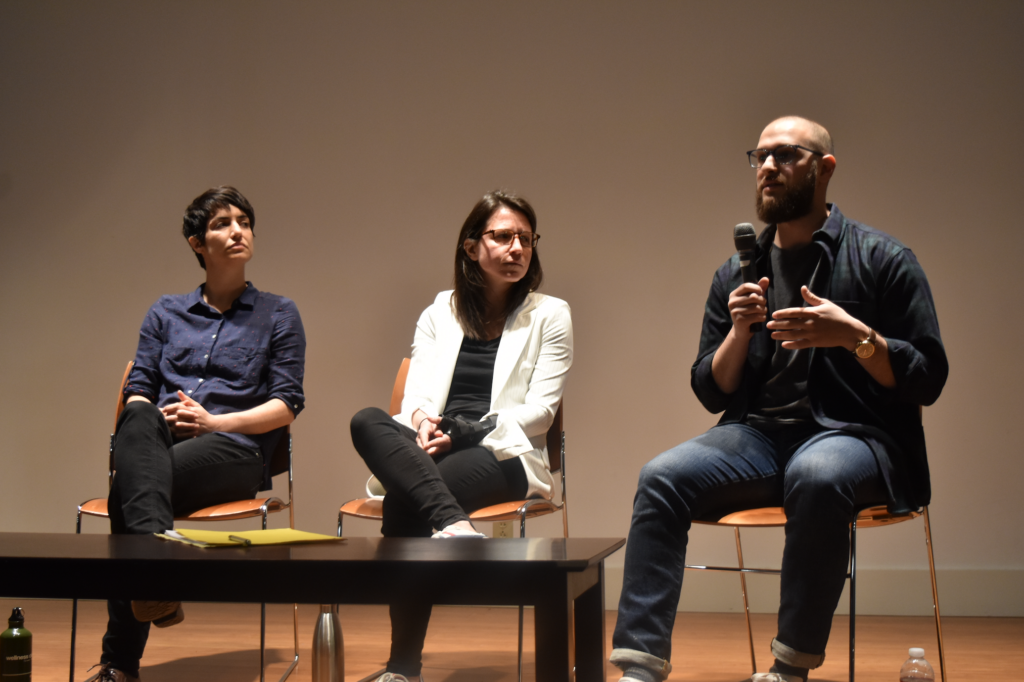 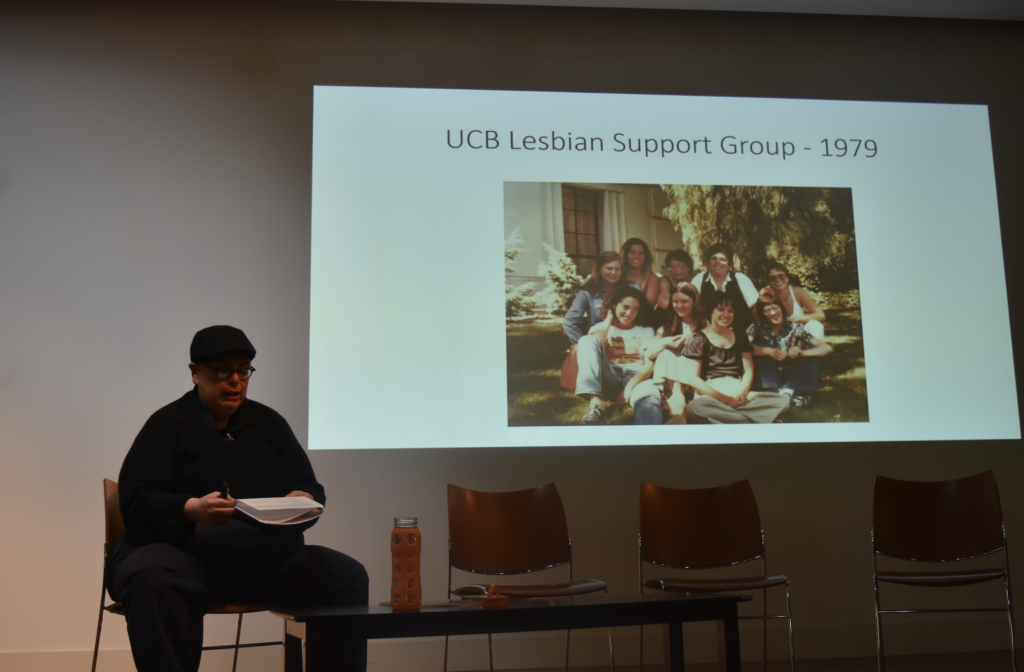 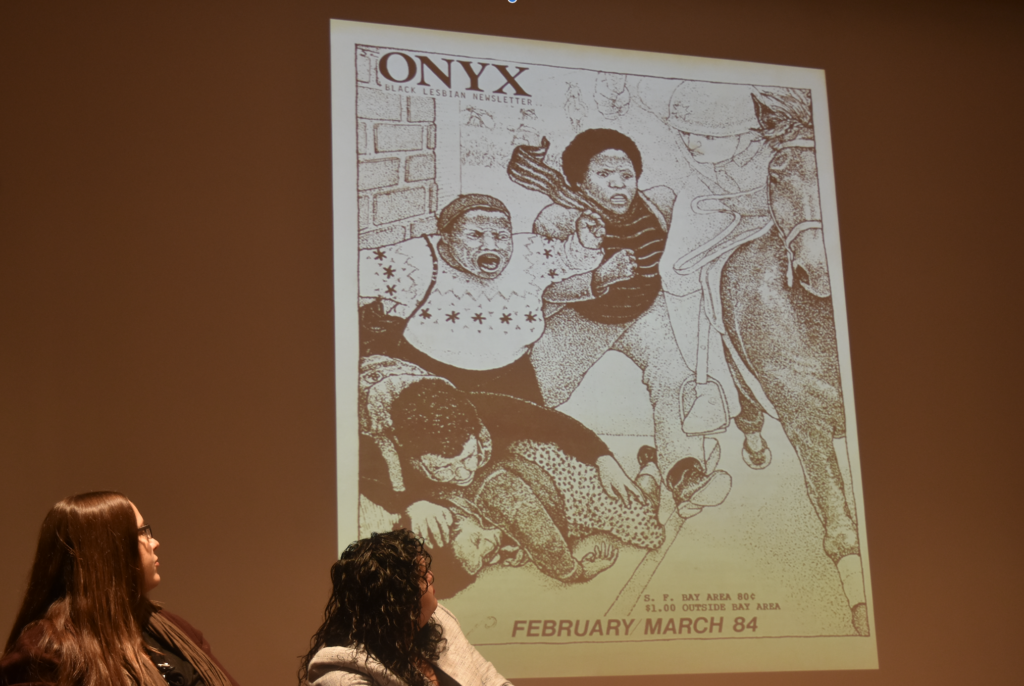 The CSSC is pleased to launch its brand new website! After a hiatus, the Center has been reopened under new Director Mel Chen, Associate Professor of Gender & Women’s Studies. The Fall 2013—Spring 2014 year was spent largely reorganizing and rebuilding the Center’s programs, and this upcoming Fall 2014—Spring 2015 year will offer a full schedule of CSSC-sponsored events, including our monthly Speaker Series, co-sponsorships of a variety of conferences, symposia, and screenings, and meetings of the CSSC-sponsored Queer of Color Working Group. Check our Events page for an up-to-date calendar. Special thanks to our web designers Stefan Gutermuth and Colin Frangos, and to Toronto artist Elisha Lim, who provided the illustrations.