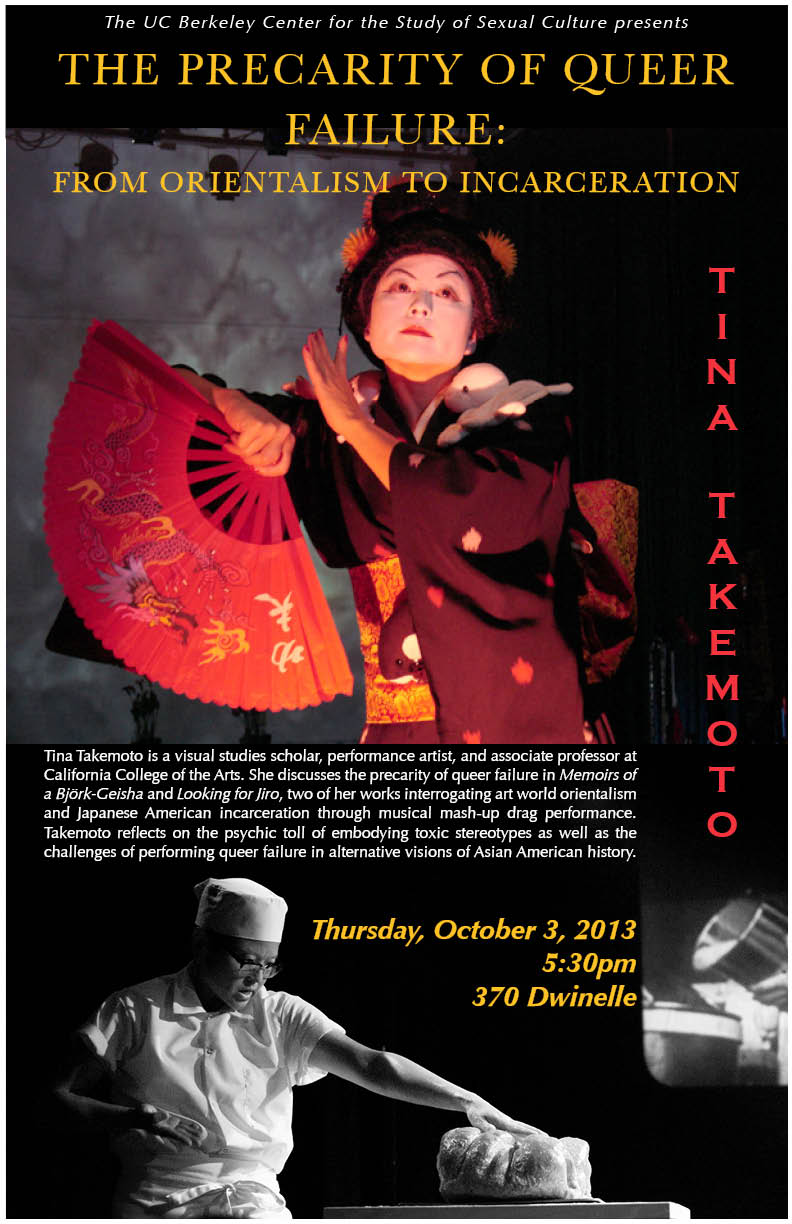 Tina Takemoto discusses the precarity of queer failure in Memoirs of a Björk-Geisha and Looking for Jiro, two of her works interrogating art world orientalism and Japanese American incarceration through musical mash-up drag performance. While Björk-Geisha performs chopstick harakiri in protest of Matthew Barney’s and Björk’s artistic forays in Japan, Jiro confronts forbidden homoerotic fantasy in the camp mess hall. Takemoto reflects on the psychic toll of embodying toxic stereotypes as well as the challenges of performing queer failure in alternative visions of Asian American history. Queer failure can engage the affective dimensions of loss and disappointment that accompany LGBTQI existence as well as its utopian potentiality as a mode of resistance and queer world making. For queer Asian American performers, this response to homophobia and homonormativity is complicated by the rapid consumption of exotic spectacles and the consequences of racial and sexual misrecognition.

This event is free and open to the public. Sponsored by the UC Berkeley Center for the Study of Sexual Culture. For more information, please contact cssc@berkeley.edu