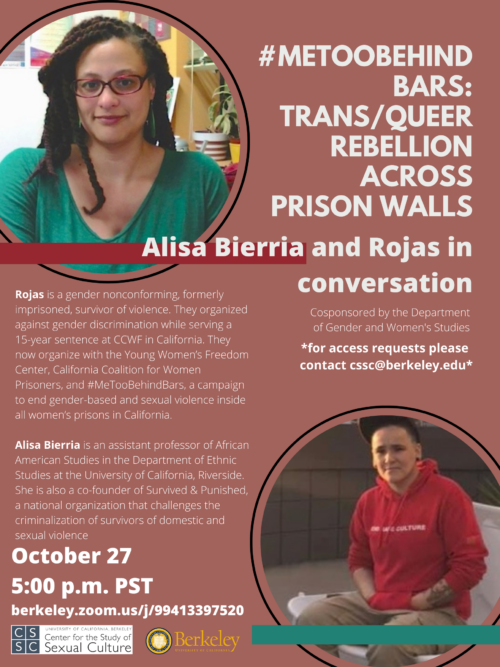 #metoobehindbars: Queer/Trans Rebellion Across Prison Walls, a conversation with Alisa Bierria and Rojas

Alisa Bierria is an assistant professor of African American Studies in the Department of Ethnic Studies at the University of California, Riverside. She is also a co-founder of Survived & Punished, a national organization that challenges the criminalization of survivors of domestic and sexual violence.