In this time of hyper-locatability via digital maps, what kinds of places and things might still remain lost? Dinshaw and Long look to the geo-physical phenomenon of the mirage to explore the broad concepts of location and locatability–and to imagine what might escape ever-present and increasingly monetized location services. The talk investigates the mirage’s visual and cultural history through a wide array of materials: medieval maps and legends, early 20th-century Arctic expeditions, and photographs and video from Long’s project on mirages. Dinshaw and Long take a long view of the mirage–an optical effect that prompts an irrational experience of time and space–in order finally to envision how to work and play with current digital mapping technologies intended to work us.

Marget Long is an artist living and working in New York.  Her work engages the physical experience and sensory politics of photographic technologies, now and in the past. Her artist’s book, FLASH + CUBE (1965-1975) [punctum books, 2012], traces the sensory links between light, war, history, and photography through a forgotten piece of technology, the Sylvania flash cube. She lectures frequently on photography, new media, and visual culture. Her work has been screened and exhibited at venues including Anthology Film Archives, The Art Institute of Chicago, The Brooklyn Museum, British Film Institute, Exit Art, Kunsthaus Bregenz, and American Cinémathèque, and is currently on view in a solo exhibition at The Center for Land Use Interpretation.

Carolyn Dinshaw is Professor of Social and Cultural Analysis and English at New York University, where she founded the Center for the Study of Gender and Sexuality and served as its director from 1999-2005. She is the author of How Soon is Now? Medieval Texts, Amateur Readers, and the Queerness of Time (Duke UP, 2012); Getting Medieval: Sexualities and Communities, Pre- and Postmodern (Duke UP, 1999); and the first full-length feminist study of Chaucer, Chaucer’s Sexual Poetics (U of Wisconsin P, 1989). She is founding editor, with David M. Halperin, of GLQ: A Journal of Lesbian and Gay Studies (Duke UP). In the classroom, she regularly teaches materials past and present, in courses ranging from Medieval Misogyny to Queer New York City. 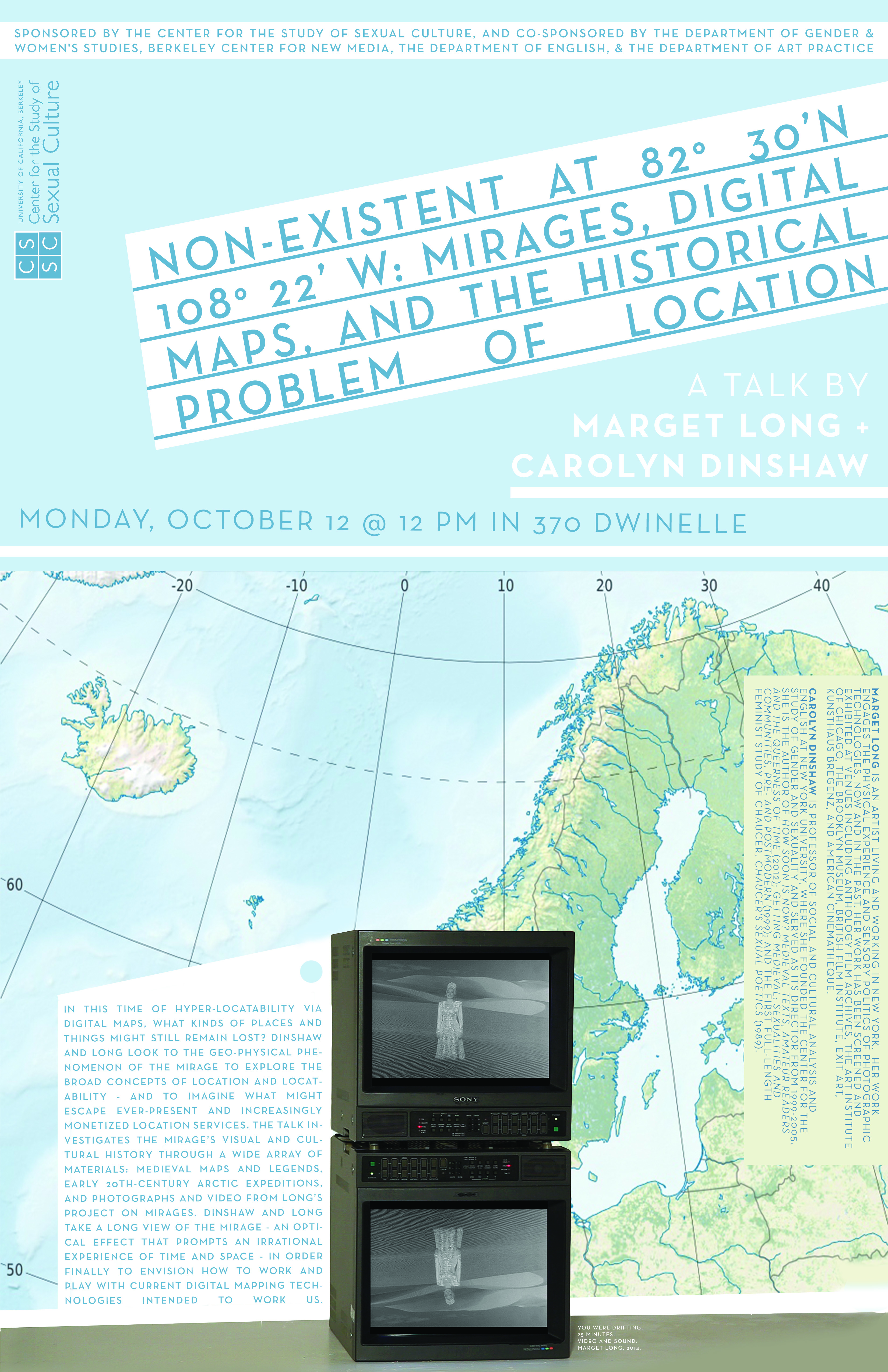